UCSF researchers have found potentially cancer-causing compounds – including acrylonitrile, acrolein, propylene oxide, acrylamide and crotonaldehyde – in the bodies of adolescents who use e-cigarettes.

Adolescents who smoke e-cigarettes are exposed to significant levels of potentially cancer-causing chemicals also found in tobacco cigarettes, even when the e-cigarettes do not contain nicotine, according to a study by UC San Francisco researchers.

"Our study showed that there are toxic chemicals found in the bodies of teens who use e-cigarettes," explained senior author Danielle Ramo, PhD, an associate professor of psychiatry at UCSF. "Regardless of whether these products might help adults quit smoking, this study provides evidence that no teens should be vaping."

For the study, published March 5, 2018, in Pediatrics, researchers analyzed urine from a group of adolescents with an average age of 16.4 years. Sixty-seven used e-cigarettes only and 17 used both e-cigarettes and traditional tobacco cigarettes. They were compared with a control group of 20 non-smoking teens. 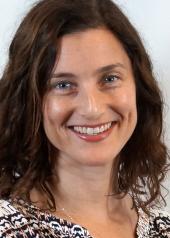 "Teenagers need to be warned that the vapor produced by e-cigarettes is not harmless water vapor, but actually contains some of the same toxic chemicals found in smoke from traditional cigarettes," said lead author Mark L. Rubinstein, MD, a professor of pediatrics at UCSF. "Teenagers should be inhaling air, not products with toxins in them."

It was the first known study to report on the presence of potentially cancer-causing compounds in the bodies of adolescents who use e-cigarettes. The list of compounds included acrylonitrile, acrolein, propylene oxide, acrylamide and crotonaldehyde.

Rubinstein noted that some of the toxic chemicals were found in the bodies of teens who used flavored e-cigarettes without nicotine. He explained that propylene glycol and glycerin, which are used to keep the products smoked in e-cigarettes in liquid form, are approved by the Food and Drug Administration as safe at room temperature. “But when they’re heated to the high temperatures required for vaporization, they can produce toxic substances that are potentially carcinogenic,” he said.

"E-cigarettes are marketed to adults who are trying to reduce or quit smoking as a safer alternative to cigarettes,” added Rubinstein. “While they may be beneficial to adults as a form of harm reduction, kids should not be using them at all."

Additional co-authors of the study were Kevin Delucchi, PhD, and Neal L. Benowitz, MD, of UCSF.