Home » UCSF experts: Focus on mental illness as cause of mass shootings is unfounded and potentially harmful

UCSF experts: Focus on mental illness as cause of mass shootings is unfounded and potentially harmful

Attributing the majority of blame for the nation's mass shootings on mental health issues is misleading and potentially harmful, according to two UCSF physicians.

Statements by policymakers,  journalists, and others placing the blame for America's recent spate of mass shooting incidents solely on mental illnesses are diverting the nation from discussing more contributory factors, such as widespread access to firearms, according to a new commentary written by two UC San Francisco behavioral health experts. The article, co-authored by resident physician Matthew Hirschtritt, MD, MPH, and professor of psychiatry Renée Binder, MD, was published online February 28, 2018, in the Journal of the American Medical Association.

"Furthermore, attributing mass shootings to untreated serious mental illness stigmatizes an already vulnerable and marginalized population, fails to identify individuals at the highest risk for committing violence with firearms, and distracts public attention from policy changes that are most likely to reduce the risk of gun violence," they added.

The pair pointed to several recent research studies indicating that patients with mental health conditions are far more likely to be the victims of violence than they are to be the perpetrators. In fact, a 2017 study demonstrated that only 12 percent of adults in state prisons charged with violence gun offenses had any prior history of psychiatric hospitalization, and a separate 2015 study demonstrated than less than three percent of patients released from psychiatric inpatient settings committed an act of gun violence over the subsequent year. 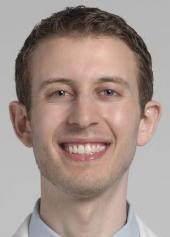 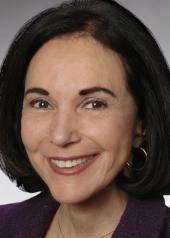 Binder, a past president of the American Psychiatric Association (APA) and the founding director of UCSF's Psychiatry and the Law Program, said that clinicians have an obligation to dispel the myth that mental illness is a prime contributor to gun violence. “I believe that psychiatrists have a role in advocacy and education. We have a responsibility in terms of educating people that guns are very dangerous, should be safely stored, and should be taken away from dangerous people,” she told APA's Psychiatric News. “Most people with mental illness will never commit a mass shooting, and this rhetoric leads to increased shame, societal reduction, stigmatization, and problems in gaining stable employment and housing.”

Other factors play a far greater role in contributing to the risk of gun violence, the authors say. Among those are individual considerations – such as a prior history of violent acts, gang affiliation, substance and alcohol use, and experiencing violence – as well as the relative ease of obtaining access to firearms in the United States, both legally and illicitly. Although individuals with a history of psychiatric hospitalization may be prevented from purchasing firearms in certain states, access to to guns through unregulated sources such as friends and family or unreported sales is nearly ubiquitous.

Their comments echo the sentiments expressed in a statement issued last week by the APA, American Academy of Family Physicians, American Academy of Pediatrics, American College of Obstetricians and Gynecologists, and American College of Physicians calling gun violence a "pervasive threat to public health" and urging leaders to fund research while establishing appropriate limits on firearms made available to private citizens.

"While these mass shootings command our attention," the physician groups noted, "far too many Americans remain at risk daily for suicide, homicide, and unintentional injury because of the current policy regarding access to guns in the United States."