“Even knowing the challenges these mothers face, we were surprised by the differences in cardiovascular risk,” said UCSF Assistant Professor of Psychiatry and study lead author Kirstin Achbacher, PhD.

Mothers who were raising children with autism and reported chronic stress were more likely to have high levels of “bad” cholesterol and lower levels of protective progenitor cells than lower-stressed mothers of “neurotypical” children – two factors that may boost their chances of heart disease.

Heart disease is the leading cause of death for women in the United States, killing close to 300,000 in 2013, according to the Centers for Disease Control and Prevention.

The study, published online on September 20, 2016, in the journal Brain, Behavior and Immunity, looked at cardiovascular risk factors among healthy nonsmoking women between the ages of 20 and 50 with at least one child aged 2 to 16. One group consisted of 31 mothers with chronic stress who were raising a child with an autism spectrum disorder. They were compared with a second group of 37 mothers, reporting low to moderate stress levels, whose children were neurotypical, meaning they did not have autism. Mothers in both groups were similar in age and body mass index, factors that are both implicated in cardiovascular risk.

Researchers led by Kirstin Aschbacher, PhD, of UC San Francisco found that 30 percent of the mothers of children with autism had levels of low-density lipoprotein (LDL) – the so-called bad cholesterol – equal to or higher than the moderate risk benchmark of 130 mg/dL. In contrast, 8 percent of mothers of neurotypical children had LDL equal to or above this benchmark.

“Children with autism are more likely to engage in behaviors that can be emotionally stressful for mothers, like becoming unpredictably aggressive, biting or hurting themselves, or expressing little affection,” said Aschbacher, assistant professor in the UCSF Department of Psychiatry. “Even knowing the challenges these mothers face, we were surprised by the differences in cardiovascular risk.”

The mothers of autistic children were found to have lower counts of progenitor cells. These young cells travel from the bone marrow to the bloodstream and are believed to protect the blood vessel linings from plaque buildup that can lead to heart attack and stroke.

“These cellular findings suggests that stress may be capable of impairing our body’s natural capacity for self-repair,” said Aschbacher. “Just like the body can heal from a cut without treatment, the body uses these progenitor cells to help heal microdamage to the blood vessels. The stressed mothers had fewer of these cells.”

In addition, the researchers found that mothers of both autistic and neurotypical children, who reported a greater number of positive interactions with their families over a seven-day period, had a higher number of these protective cells.

“It’s clear that stress can contribute to chronic disease, but fixing stress is not as simple as taking a deep breath or an occasional yoga class,” said Aschbacher.

“Our study shows that the damaging aspects of stress can happen in families in everyday life. We don’t know enough about how to treat stress from a family systems perspective.

“More women die of cardiovascular disease than men. The average age of the women in the study was early 40s – a critical time for women to make lifestyle changes and think about managing stress at home,” she said. 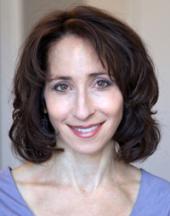 "More than 5 percent of children in the United States have a developmental disorder," said senior author Elissa Epel, PhD, of the UCSF Department of Psychiatry. "We have a large and under recognized segment of society under tremendous caregiving stress, and that is parents of children with developmental disorders like autism. In our study, the caregiving mothers had greater negative and fewer positive interactions with their children, not surprisingly. For all parents studied, those small daily interactions with their child, positive or negative, predicted the level of protective progenitor cells. That means that even if you are a caregiving parent, your daily responses may protect you from risk. Parenting support groups, or classes that teach stress resilience such as mindfulness, can help parents feel less shame and self-blame about their child’s behavior, and help them focus more attention on the small positive interactions."

The study was supported by grants from the National Institutes of Health and the Institute for Integrative Health.

The UCSF Department of Psychiatry and the Langley Porter Psychiatric Institute are among the nation's foremost resources in the fields of child, adolescent, adult, and geriatric mental health. Together they constitute one of the largest departments in the UCSF School of Medicine and the UCSF Weill Institute for Neurosciences, with a mission focused on research (basic, translational, clinical), teaching, patient care, and public service.

With autism numbers rising, how best to provide support?