Two books from UC San Francisco Department of Psychiatry members are exploring the world of early childhood, specifically the emotions and relationships humans experience during their earliest stages of life. 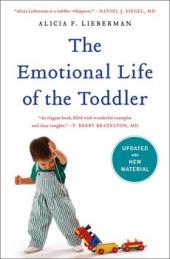 "The Emotional Life of the Toddler" by Alicia Lieberman, PhD

Irving B. Harris Endowed Chair of Infant Mental Health and professor Alicia Lieberman, PhD, has released a second edition of her pioneering book, "The Emotional Life of the Toddler." Widely praised by experts and parents when it was originally published more than twenty years ago, Lieberman has revised and expanded the work with new and updated material reflecting the latest insight into the emotional lives of children between ages one and three.

Lieberman is the developer of child-parent psychotherapy, an evidence-based treatment for traumatized children from birth to five years of age that has shown efficacy in five randomized controlled studies. She has made major contributions to the field’s understanding of attachment, toddler development, and cross-cultural perspectives on early development through her research, writing, training, and consultation.

She is also the author of "Psychotherapy with Infants and Young Children: Repairing the Effects of Stress and Trauma on Early Attachment," "Don’t Hit My Mommy: A Manual for Child-Parent Psychotherapy with Young Children Exposed to Violence and Other Trauma," and numerous other publications. She is the director of the UCSF Child Trauma Research Program at Zuckerberg San Francisco General Hospital and Trauma Center, and is the recipient of the 2017 Whole Child Award from the Simms/Mann Institute, 2016 Rene Spitz Lifetime Achievement Award from the World Association of Infant Mental Health, and other honors. 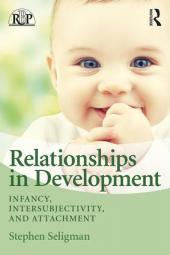 The book examines the practical implications for dynamic psychotherapy with both adults and children, particularly following trauma. He offers examples of infant-parent interactions and of psychotherapeutic process as he traces the place of childhood and child development in psychoanalysis from Freud onward, showing how different images about babies evolved and influenced analytic theory and practice.

Seligman is also a clinical professor at the New York University Postdoctoral Program in Psychoanalysis and supervising analyst at the San Francisco Center for Psychoanalysis and Psychoanalytic Institute of Northern California. He is joint editor-in-chief of Psychoanalytic Dialogues and co-editor of Infant and Early Childhood Mental Health: Core Concepts and Clinical Practice.